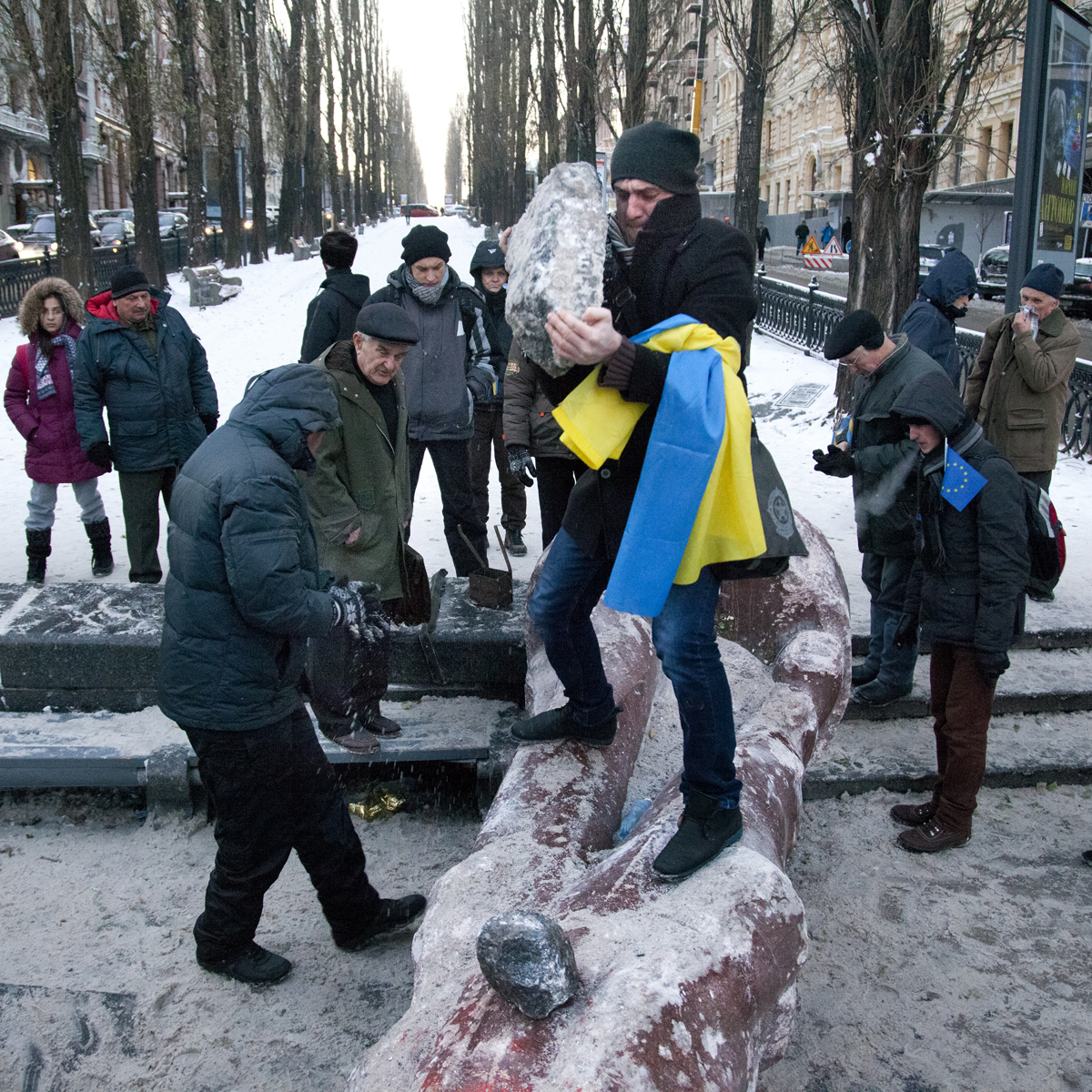 
Civil Unrest in Kiev began on the night of 21 November 2013 with public protests demanding closer European integration.#Euromaidan is a group of photos taken during the civil unrest in Ukraine, Kiev and made viral via Instargram.I was inspired by the people on Euromaidan who were protesting for what they believed in, standing outside in a freezing cold.I decide to travel to Ukraine, in urge of seeing for myself what protest was like in a different country and where it would lead to. I wanted to document the moments I felt emotional too. As a Georgian we had the same situation a protest leading to a revolution.The vision of a Ukraine in Europe has not only become something to fight for, but also something to live for.