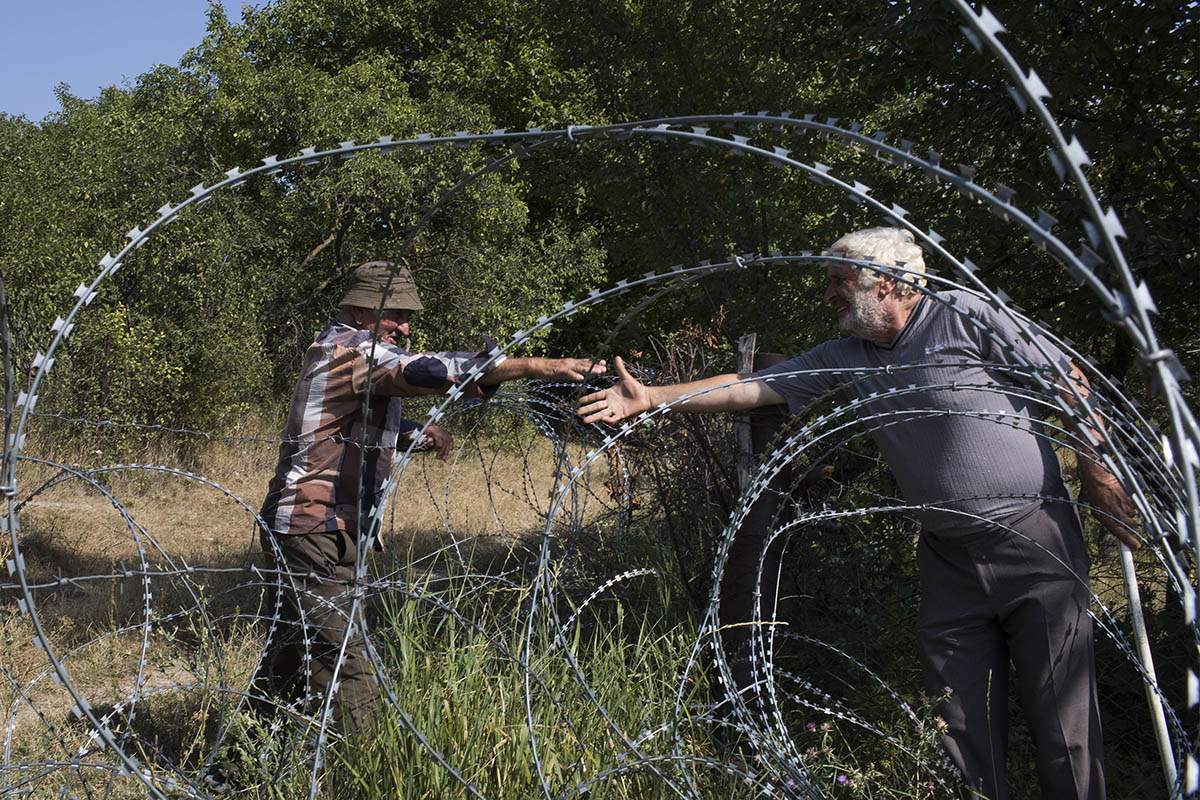 2017. Georgia, Khurvaleti Village. Khurvaleti is one of the hot points of borderization by the Russians. Data “Papa” (grandfather) 84 y. old. Result of Russian borderization he is now living on the other side of the fence on the de facto region of South Ossetia, with his wife and son. He can not buy bread on the de facto region with Georgian money, so he sometimes stands near the barbed wire fence and asks his neighbors on the other side of the fence to buy him a bread. “I pass them money and they get me bread”.

I voted in Georgia, going over the border line. When I got home, the Russian soldiers came to my house and jailed me. I had to pay a fine to get out, I asked the Georgian police and they helped. The payed 2000 rubles. Once I shaked hands with the president of Ukraine and Georgia when they paid me a visit, I do not know how the Russian found out, but once that happened, the Russians once again came to my house blackmailing me. I was jailed twice. This is not a life to live. I am confused. I woke up discovering myself not in Georgian controlled territory, but in the hands of the Russians”. Quotes Data.