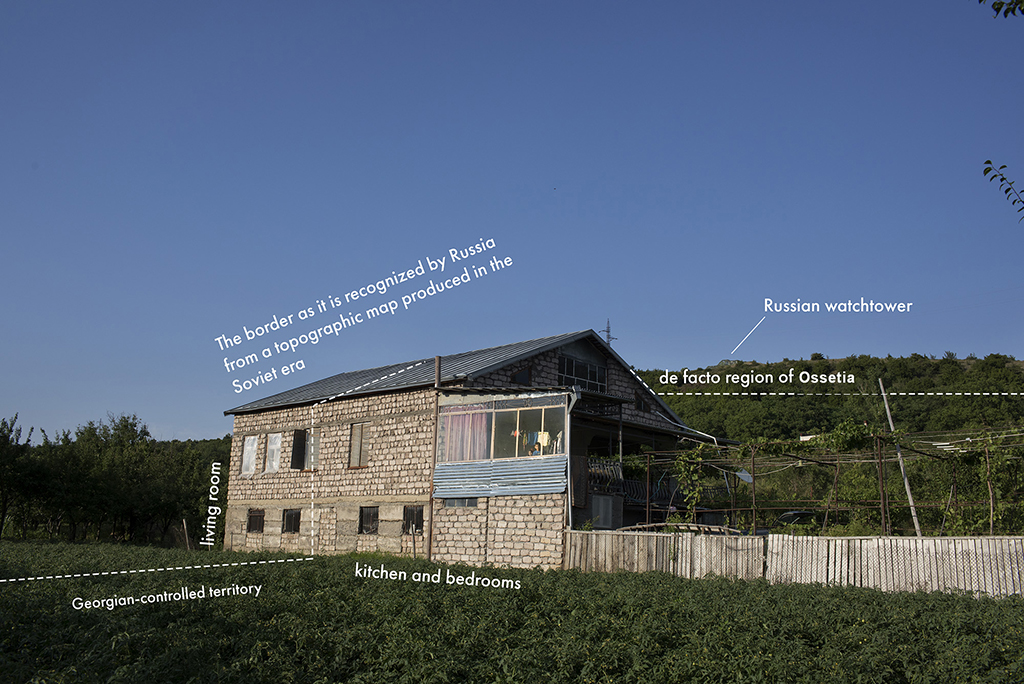 2017. Georgia, Dvani Village. Dvani has been in attention of the media for the last year. The so called border line between the de facto South Ossetia and Georgia controlled territory has been moving by the Russians, calling it the creeping border by the media. As of 2017, the Russians occupants are said to be using the old Topographic map from the Soviet era. If the Russians will continue the borderization, the house will be dividing in two, as the border flows directly through the house.

Locals say this ‘borderization’ affects their daily life as farmlands become divided, and in case of three families in Dvani, their houses fell beyond the dividing fences on the area outside Tbilisi’s control. Russia and authorities in breakaway region deny that there is a shift of the line deeper into the Georgian-controlled areas and say that “the state border” is marked in line with the Soviet-old administrative borders of the former autonomous district of South Ossetia.