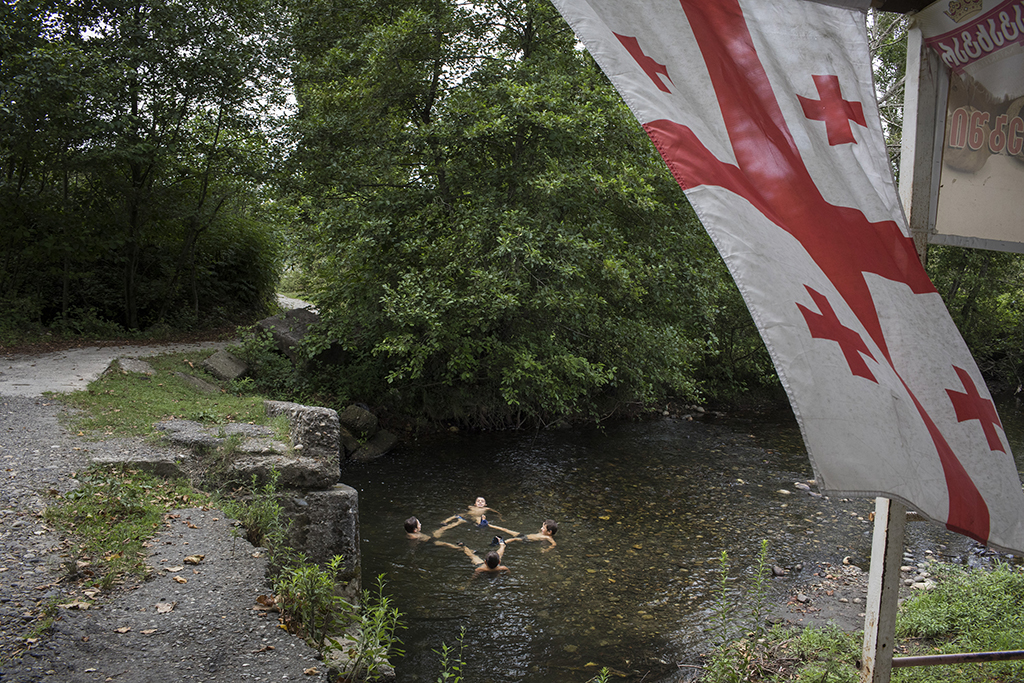 2017. Georgia, Khurcha-Nabakevi checkpoint. Before March this was one of the most active checkpoints between the de facto region of Abkhazia and Georgian controlled territory. Now as the Russians have closed its borders, the village has become quiet and isolated. Once you cross the bridge it is no longer a territory controlled by Georgia. Children take swims, sometimes crossing the border. A small stream of Enguri River separates the checkpoint between Khurcha and Nabakevi, which is patrolled by Russian border guards and Abkhaz customs officers. There are no police on the Georgia-controlled part of the crossing.

Khurcha village is also known for its incident when Georgian man was killed by an Abkhaz border officer.