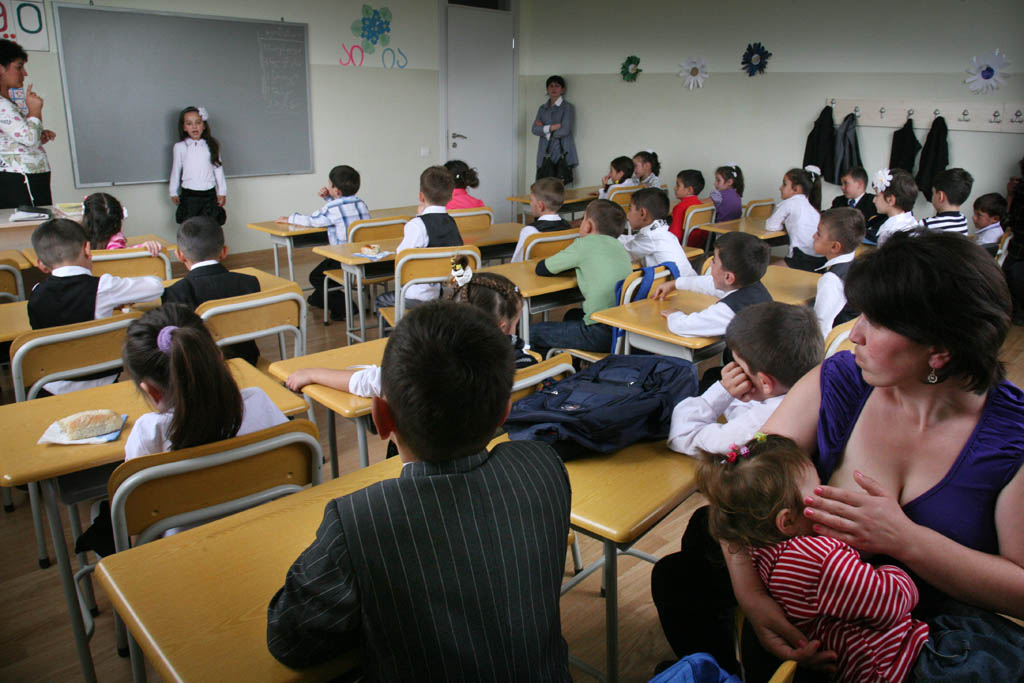 
Lesson of "Georgian culture" , Tamara (age : 6) in Tserovani; A New village built by the Georgian government to house Georgians who were forced to flee South Ossetia when the Russians invaded. Settlement with over 2001 families. A settlement of with over 2,001 families. Tamaras mother has to attend school everyday with her younger daughter, so that tamara will stop crying and stay at school. The mother has to breast feed her younger daughter in the class.

Their has always been continues conflict between russia and georgia from the 1990'. When communism collapsed in 1994 the russian couldn't gain back the conrtol over Georgia that led to a eruption in 2008, a war fighting over South Ossetia, which led to occupation of russian soldiers in ossetia and unresolved situation thats lasts already two years, the lands settlements remain mysterious. After the war about 22 thousand people are left without home and cant get back to their homeland. There are oproximatley 230 thousand refugees in Georgia.