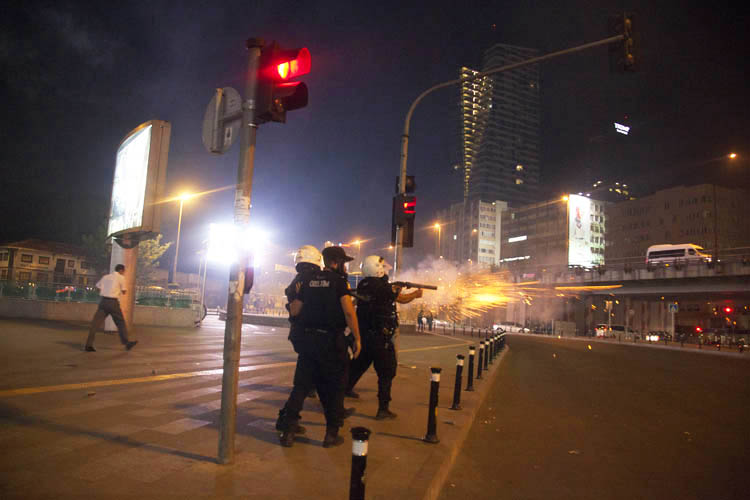 The Gezi Park protests began in April, having started with a petition in December 2012.bThe protests were renewed on 27 May, culminating in the creation of an encampment occupying the park. A raid on this encampment on 29 May prompted outrage and wider protests. Although Turkey has a history of police brutality, the attack on a peaceful sit-in by environmentalists was different enough to spur wider outrage than such previous incidents, developing into the largest protests in Turkey in decades.